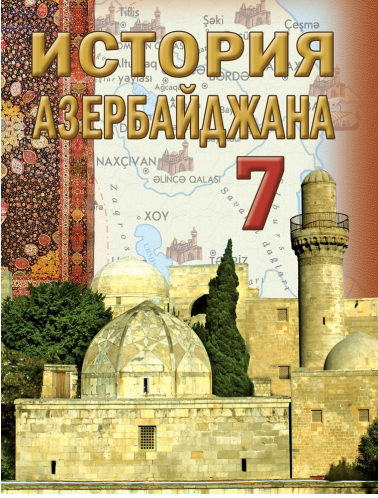 In 1063, Abulasvar Shavur ordered craftsman Ibrahim Osmanoglu to construct fortress gates for Ganja. The defence of the city enhanced even more. The Armenian and Georgian feudal lords intended to capture the western lands of Azerbaijan and hoped for the Byzantine Empire’s help for this. The Shaddadids struggled against their united forces, and the local Turkic tribes, as well as the Seljuk Turks who had arrived in Azerbaijan joined them in this struggle. The genuinely Azerbaijani lands have always been exposed to the foreigners’ attacks. The present Armenian aggression is really in no way different from the foreign invasions that happened in the past. The facts of the foreign invasions into our lands are reflected in our history. And how did the Slavic Russian raids occur? What was the reason of their invasions? Our civic duty is to investigate and study the historical facts.

THE CULTURE OF AZERBAIJAN FROM THE 9TH TO THE 11TH CENTURIES
Aynur and Ayhan went to the village to visit their grandfather. It was the Novruz holiday. This spring holiday was celebrated in the village. The sister and brother had a walk in the village with their grandfather and took photos of the beautiful places. A distant bridge suddenly caught Ayhan’s attention. He asked his grandfather with great interest, ‘Grandfather, why is that bridge destroyed? Where could one go along that way?’ The grandfather tried to take the children away from that area as quickly as possible because the territory where the bridge was located was under Armenian occupation. On their way back home, he told the children about the Khodaafarin Bridge. What do you think to be the historical significance of the Khodaafarin Bridge for the Azerbaijani people? The Caliphate’s occupation of the Azerbaijani lands resulted in a plunder of the country. However, the Arab occupation also had a positive aspect – the local population adopted Islam. Were conditions for the development of education and science created in that period?

For a long time, various Turkic tribes tried to settle in Anatolia. Azerbaijan served as a rear for these tribes. The Seljuk Turks also chose the Byzantine lands as the main target for their attack. The name of this tribe was related to Seljuk Beg’s name. His grandson Toghrul Beg (1038-1063) was the founder of the Seljuk State. Chaghri, Seljuk Beg’s grandson, set on a reconnaissance campaign and held a victory over the Byzantine troops. The Seljuk troops captured the basin of the Lake Van. This eliminated the threat of an attack on Nakhchivan and the adjoining Azerbaijani-Turkic lands by the Byzantine Empire and Armenian feudal lords. The Seljuk Turks created a state in 1038 and chose Nishapur as its capital city. Toghrul Beg was declared a sultan in 1040. After some time, the Seljuk Turks who had made strong positions in the north of the country united to the Shaddadids in their struggle against the invasion of the Byzantine Empire and the Armenians and Georgians. The joint Turkic troops landed hard blows on the Byzantine Empire and on the Armenian and Georgian feudal lords.

The descendants of the Seljuk Turks ruined the Byzantine Empire’s plans to fortify their positions in the South Caucasus. The Armenian and Georgian invaders’ attempts to occupy the western territories of our country were prevented. This thwarted the attempts to spread the influence of Christianity in the whole South Caucasus.

The Muslim population of the South Caucasus saw the Seljuk Turks as allies in their joint struggle against the Byzantine Empire and the Armenian and Georgian invasion. нашествия.

Our ancestors Kara Koyunlu and Ak Koyunlu’s totems were the black and white sheep — ‘goch’. The phrases ‘Brave as a goch,’ ‘Goch Koroghlu’ are related to this. Headstones depicting sheep’s sculptures existed in the cemeteries in the territory of modern Armenia until the recent times. These sheep sculptures, however, were destroyed by the enemies! Ponder on the reason why the ancient sculptures of sheep — created in the territory of Armenia and typical of our nation — were massively destroyed.

THE ROAD LEADING TO THE FALL OF THE AK KOYUNLU STATE

War-disabled, uncle Elkhan always spoke with indignation about the Armenians as he recalled the battles with them. He was especially upset because of a defeat near Lachin. According to uncle Elkhan, the lack of the additional forces, the insufficiency of the armaments, the chaos among the troops and the internal discord among the ruling circles of the country brought about the fall of Lachin, one of the most splendid corners of our country. Which were in your opinion the reasons accelerating the fall of the Ak Koyunlu State? Express your opinion.