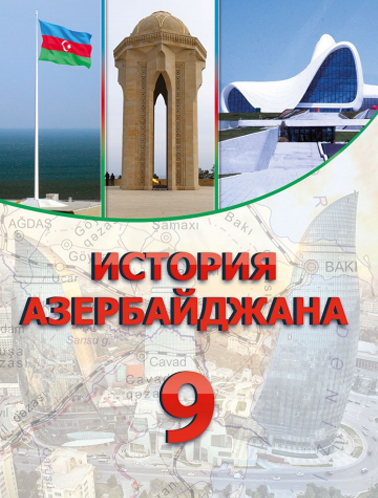 In order to bring its future aggressive plans over the Ottoman Empire and Iran into life, the Russian Empire intended to resettle large masses of Armenians into the South Caucasus, and particularly into the historically Azerbaijani lands. That is why, according to the Treaty of Turkmenchay (1828) with Qajars and the Treaty of Adrianople (1829) with the Ottomans, the Armenians living in the territory of those countries were massively relocated into the Azerbaijani lands. Armenian officers serving in the Russian army were involved in the implementation of this idea.
The Russian Empire settled the Armenians mainly in the territories of the former Karabakh, Irevan and Nakhchivan Khanates and in Borchali. Around 130 thousand Armenians were transferred to those regions in a short period of time. The process continued after that as well. ‘The Armenian Province’ was created in the territory of Irevan and Nakhchivan Khanates. The Armenians’ mass settlement in Nakhchivan, however, failed as a result of the local population’s determined resistance.

The biggest injustice was that the fertile lands belonging to the Azerbaijanis were given to the Armenians for creating properties.

You know by now that Russia used the ‘divide and rule’ principle to keep the captured peoples under its power. The Armenians who were resettled in Azerbaijan and placed on the best lands would sooner or later ‘express their gratitude’ to the Russian government.
The Armenians always loyally served the Russians in their fight against the Muslim Turkic peoples. Dashnaktsutyun Party, the main aim of which was the elimination of the Turks, brought squads of Armenian volunteers from the Ottoman Empire and from other places to the South Caucasus and armed them against the Azerbaijanis.
The Russian Empire’s government used the Armenians to organise the first national mass pogrom in Baku. Over 1000 people were killed from both sides during the bloody clashes, which took place from 6 to 9 of February, 1905. The Armenians ruined many houses and looted the population’s possessions.
Suffering significant losses, the Armenians had to cease the pogroms… The government decided to use the Armenians to organise an extermination of the Muslim Turkic population on the grounds of national origin.
To implement its dirty policy, the Russian government used the Armenians as weapon.

The Armenians gathered significant military force for the mass extermination of Azerbaijanis in Shusha. In August 1905, the Azerbaijani population started a heroic battle to prevent the pogroms the Armenians prepared. The Armenian atrocities, however, were not possible to be prevented everywhere. The Armenians skilfully used the Azerbaijanis’ trustfulness, ingenuousness and kind-heartedness. They stared negotiations and made peace with the inhabitants of one village and meanwhile carried out a pogrom and massacre in another. All the women and children were murdered in Khankendi and Malibeyli villages in Karabakh before the eyes of the Russian Cossacks, whose duty was to prevent bloodshed.

The main problem troubling the democratic forces of Azerbaijan was the defence of our people from the pogroms perpetrated by the Armenians.
The founder of Difai openly told the leaders of the Armenian nationalistic Dashnaktsutyun Party, ‘If the dashnaks continue the treacherous attacks on the Muslims, they will receive a ruthless response… The Difai Party will never allow the Armenians to build their well-being in our ancestors’ demolished and burnt up fatherland.’
The main aim of the party was the defence of our people from the Armenian terrorism. The party mercilessly avenged to the Armenian terrorists and their patrons.

Ittifaq, an organisation created in Baku in 1907, also intended to protect the Azerbaijani population from the pogroms provoked by the Armenians and Russians.

In his speeches in Duma, Ismail Khan Ziyadkhanli exposed the colonial policy of Russia and the Armenians’ vandalism.

Exercise: Compile information about the Armenians’ atrocities against the Muslim Turkic population during the World War I and link it to the modern period.

Breaking into the Muslims’ houses in Baku, the Armenians murdered them with daggers and bayonets, threw children into the fire, set new-borns on bayonets and ruthlessly killed everyone. One of the enemy’s main aims was to appropriate the Azerbaijani population’s possessions. The Armenians looted valuables of 400 million roubles from the population of Baku during March genocide. Despite the Armenian squads’ good establishment and armament, the Azerbaijani volunteer squads were able to utterly destroy them in Karabakh, Goycha and Nakhchivan.

How could the Armenians, who did not have a state in the South Caucasus, create it? What other lands did the Armenians lay claim to?
The creation of the Republic of Armenia on the Azerbaijani lands.
From the first day of its creation, the Azerbaijan Democratic Republic faced the groundless territorial claims of the Republic of Armenia. ‘The Armenian problem’ had a special place among the countless problems the young republic was to solve. The Armenians’ territorial appetite grew bigger each day and was accompanied by destructions of Azerbaijani villages and extermination of the Muslim Turkic population. The government of Azerbaijan took up all the possible measures to stop this.

For almost 100 years, the Armenians hoped that the ruling circles of Russia would help them create their own state. The Russian authorities, however, were not going to bring the Armenians’ hope to reality. It were the Ottoman and Azerbaijani public leaders that gave the Armenians the opportunity to create their state on the Azerbaijani lands, which had never belonged to them before. However, instead of complying with the obligations their government had taken towards the Muslim Turkic population as a sign of gratitude, they not only failed to meet any obligation, but also raised new territorial claims.
Analyse the historical circumstances under which Irevan was ceded to the Armenians…

The inhabitants of the Goynuk mahalle of Nukhinsky Uyezd* stood to struggle against the Russian invaders in May and June of 1920. […] The revolt continued for half a month; following persistent battles from morning until the evening of 15 June, the village was ceded to the Bolsheviks. The Bolsheviks exterminated most of the men in the village. Molla Juma, a prominent folk poet, was killed on these days under the Armenians’ incitement.

* [Uyezd was an administrative subdivision in the Russian Empire]